The Great Quiz of Year 2

Thank you to the 18 children who came to the picnic! It was great to see you all so happy.

Today’s blog post will get you thinking about ALL OF YEAR TWO! Everything you have learned since September might come in handy to answer these quiz questions. There are two ways you can win the merit for this task.

Way 1 – Email your answers to westgreen.yellowclass@gmail.com

Way 2 – Write your answers down on a piece of paper and then read out your answers to Mr Morgan when he says hello to you at the park.

The Great Quiz of Yellow Class

Question 1 – In September, we quickly began to add new words to our magic box. Beginning with the letter a, what was the first new word Mr Morgan put into that box?

Question 3 – Our first science topic was about living things and their habitats. We looked in the learning garden and found lots of microhabitats. We found lots of worms hiding under the artificial grass. Why were they hiding there? Give me one reason.

Question 4 – In November, we used metre sticks in our maths lessons to learn about length. How many centimetres are in one metre?

Question 5 – In November we also did a lot of gymnastics. Look at the picture below. 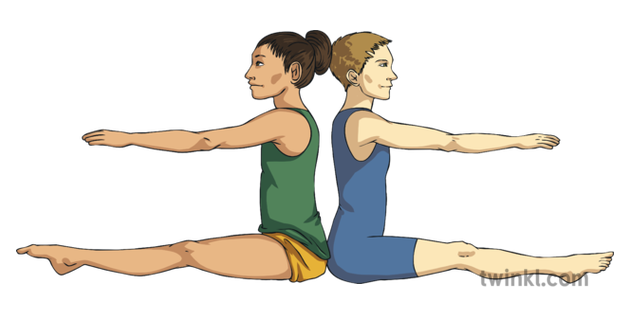 Beginning with p, what is the name of the position that the children are performing.

Question 6 – In December, we went to the Shri Swaminaryan Temple on our second school trip of the year. What religion are the people who worship there? You are allowed to use the internet to help you if you have forgotten.

Question 7 – At the Christmas Lunch, which staff member was dressed up as Santa Claus?

Question 8 – Last year we learned a lot about Walter Tull, a local hero who played football. He was also the first black man to achieve what rank in the army during World War One?

Question 9 – In my reading lessons, our first book was The Enormous Crocodile, written by Roald Dahl. What was the second book we read? I’ll give you a bonus point if you can remember the name of the author. Again, you are allowed to use the internet to help you if you have forgotten.

Question 10 – In January, we recorded many cold temperatures on our display board for maths meetings. Beginning with t, what is the name of the object that shows us the temperature using degrees celsius?

Question 11 – In February, we visited the science museum and we went on a space mission. Can you remember the name of the person who was the first human being to walk on the moon?

Question 12 – We learned about lots of significant people in history in February and March. One of these people was Robert Falcon Scott, who went on a very dangerous adventure. How did he die on his adventure?

Question 13 – In March, we did this experiment. 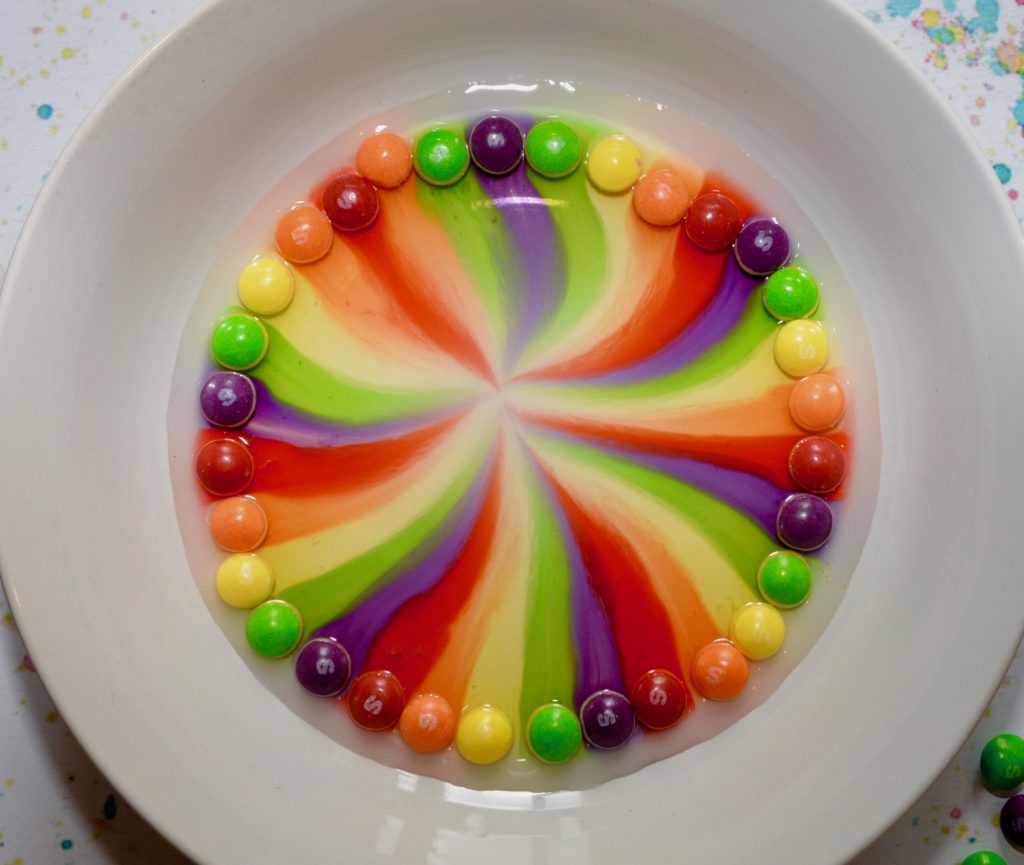 What happened to the skittles?

Question 14 – March was also a sad month because we also had to stop going to school. We started learning at home, and our parents and carers had to become our teachers. People who worked for the NHS became heroes. What does the acronym NHS mean?

Question 15 – We carried on learning at home. In April, I showed you a picture of a sheep and it’s baby. What is the name of a baby sheep?

Question 16 – In May, you made amazing leaflets about a country in the United Kingdom. What was the name of the enormous ship that was built in Belfast, but sank in the Atlantic Ocean on its first ever journey?

Question 17 – How many different countries make up the United Kingdom?

Question 18 – Lots of you logged onto Times Tables Rockstars because it was important you knew your 2, 5 and 10 times tables before the end of Year 2. However, it is important you know your inverse facts too. What is the inverse operation for multiplying?

Question 19 – In June and July, we learned reading in a different way, by watching ten episodes of Through the Dragon’s Eye. Why did Pelamar need the help of Amanda, Scott and Jenny to fix the veetacore?

Question 20 – Our last geography topic has been about the seaside. Look at the picture. If you see these two flags on a beach, what must you do?

Don’t write the answers to the quiz in the comments. Write them down and email them, or tell me the answers at the picnic when I walk around to near where you are sitting.

In the comments, how about you ask your friends a question! Think carefully about something you learned in any subject. Type the question as a comment, and see who will click REPLY and answer your question!

Previous Next
Close
Test Caption
Test Description goes like this
We use cookies on our website to give you the most relevant experience by remembering your preferences and repeat visits. By clicking “Accept”, you consent to the use of ALL the cookies. However you may visit Cookie Settings to provide a controlled consent.
Cookie settingsACCEPT
Manage consent

Performance cookies are used to understand and analyze the key performance indexes of the website which helps in delivering a better user experience for the visitors.

Analytical cookies are used to understand how visitors interact with the website. These cookies help provide information on metrics the number of visitors, bounce rate, traffic source, etc.

Advertisement cookies are used to provide visitors with relevant ads and marketing campaigns. These cookies track visitors across websites and collect information to provide customized ads.

Other uncategorized cookies are those that are being analyzed and have not been classified into a category as yet.